A trained oncologist and surgeon, Beltran moved to the U.S. from Ecuador with his wife Marina and young family following a period of political unrest/ violence. Unable to transfer his medical license, Beltran instead built a dry cleaning business from scratch and has operated New Season Cleaners on Chestnut Street in Needham since 2008. His commitment to helping others extends much further than his loyal customer base. Working with Shriner’s Hospital, Miguel has connected over 20 young burn victims in need of medical care – including an 11 year old boy from his native Ecuador who had been a victim of a violent crime and was in a coma.

Beltran helps connect the children and their families with specialists and raises money for transportation (once he even convinced the President of Ecuador to offer up his private plane.) He doesn’t just stop there, he’ll often personally accompany families from home countries and remains a resource and shoulder to lean on throughout treatment. Beltran’s generosity and kindheartedness is notorious among his customers at New Season – who have helped support and raise funds for his efforts. 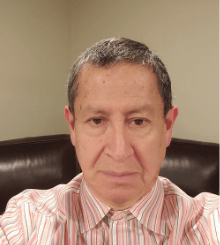