Spicer was sworn into office on January 1, 2018, becoming not only the first mayor of Framingham but also the first African American female to be elected mayor in Massachusetts. A 32-year Framingham resident, and long-time educator, Mayor Spicer was previously the vice president for advocacy and educational partnerships at Boston’s Museum of Science. While there, Spicer was known for building partnerships in STEM education with policymakers, school districts, municipalities, business and other nonprofit organizations. Appointed by Governor Deval Patrick in 2010 to the Massachusetts Governor’s STEM Advisory Council as co-chair of the council’s teacher development committee, she was reappointed in 2017 by Governor Charlie Baker and served on the Computer Science and Engineering and Career Pathways committees. Spicer has also been a consultant to numerous states on technology and engineering standards, strategic leadership development and business engagement. 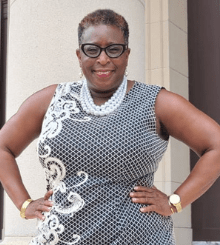