An award-winning TV journalist and entrepreneur, Pope founded her Natick-based digital content media firm to tell stories that often go under the radar, especially those featuring people of color. She creates marketing, advertising, and thought-leadership campaigns to captivate target audiences via traditional and social media. In 2019, to increase the number of people of color on television, she launched the On-Air Academy - a master course in the training, understanding of unwritten rules, and mentoring needed to secure a job in broadcasting. A pioneering initiative, the course is being considered as a pilot at institutions of higher learning. In its first year, the Academy successfully aided close to two dozen journalists of color in getting jobs in television and print news. She also created a web talk show called, “The Positive Controversy with Kristen Pope,” to give visibility to stories of people of color doing innovative and game-changing work. A sought-after speaker and host of community events, Pope is the recipient of numerous honors in the field of broadcasting and journalism. 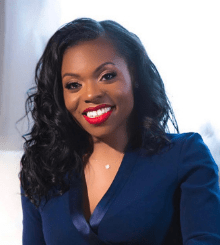