Turner brings his unique background as head of the Mass State Lottery, senior executive of State Street Bank, and managing director of the New England CEO Network to his position at Newton-based Lasell University where he serves as provost and chief academic officer. His 30-year affiliation with Lasell includes his having served as trustee, board chair, and vice president for graduate and professional studies where he started six new degree programs. As a trustee, he was involved in the transition to a co-ed institution and the creation of Lasell Village, a premier retirement community that links senior living and life-long learning. In 2013, Lasell conferred upon him the honorary title of Doctor of Humane Letters and, in recognition of his leadership of the faculty as provost, he was granted the honorary title of Professor of Business in 2020. He is described as the consummate diplomat who is skilled at getting people to move together in pursuit of a common goal. He has served on the boards of numerous nonprofit organizations and is also a director of a Memphis, TN bank. 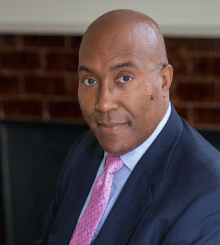