Edwards speaks to hundreds of thousands of people every morning from the Needham studios of NBC10 Boston and NECN. The Emmy Award-winning anchor also hosts “This is New England,” a Sunday morning community program on NBC10 Boston. A native of Dorchester, Edwards holds a degree in broadcast journalism from Emerson College and is a former Miss Massachusetts. She began her career as a news writer for WBZ 1030-AM radio, before moving to broadcast television. She joined NBC10 Boston/NECN in 2005. A trusted voice and leader, Edwards has a gift for connecting with her audiences and the community by listening and speaking from her heart to bring into focus important issues and topics. 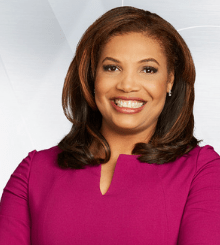